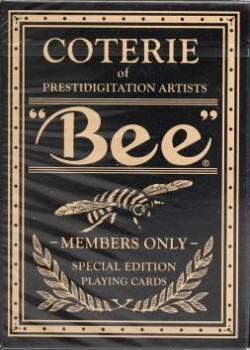 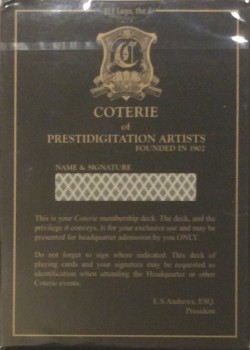 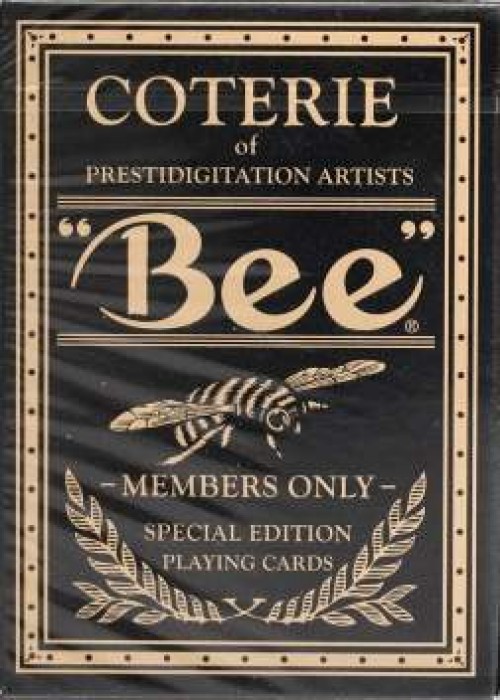 Zenneth Kok and the Coterie of Prestidigitation Artists (www.coterie1902.com) information: \\\'We designed the Coterie Bee Gold Edition in year 2011 with its color variations and themes, the original Gold Edition was considered by many as the most elegant Bee playing cards ever conceived. 900 decks out of the initial 5200 decks run were sealed and reserved for Artiste and higher classes members of Coterie of Prestidigitation Artists. After Coterie Bee Gold Edition was sold out, we planned to proceed with new edition of Coterie Bee. However, after over a year of correspondence and negotiation, USPCC informed us that they will not print Coterie Bee anymore nevertheless. We had to discontinue the Coterie Bee series and subsequently decided to abandon the Gold Seal Coterie Bee playing cards as part of the Artiste membership package. 650 decks of Gold Seal Coterie Bee playing cards will now be made available for purchase, after they were gone, the remaining stock will become part of our special promotion offer.\\\' 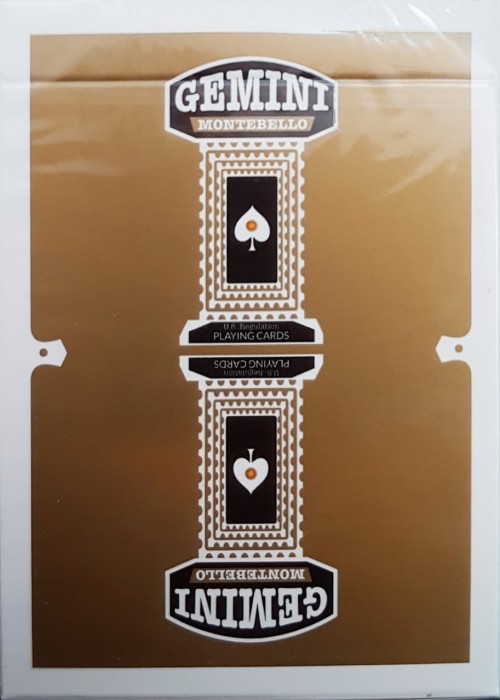 Gemini Casino Gold edition with gold foil seal. Gemini is a fictional casino deck inspired by treasured classics like Jerry's Nugget and Dunes Casino playing cards. Gemini was made to look like a vintage deck you might find in an old Las Vegas warehouse from the ’70s. - Printed by United States Playing Card Company on crushed stock - Metallic gold ink - Limited to 1200 decks - Made in U.S.A.
FULL PAGE INFO 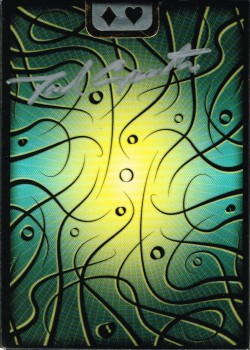 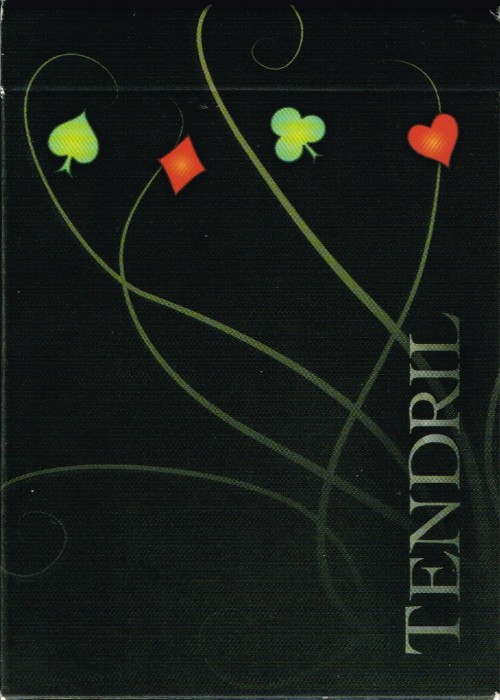 Tendril uses some brand new ideas in playing card design. The Tendril deck was designed to produce a whole new playing card look that is both beautiful, unique and usable. Magicians, cardists and collectors alike will find something to appreciate in Tendril. 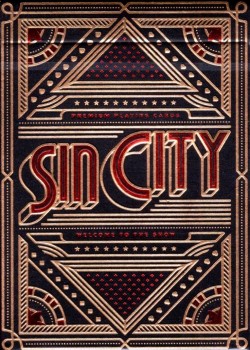 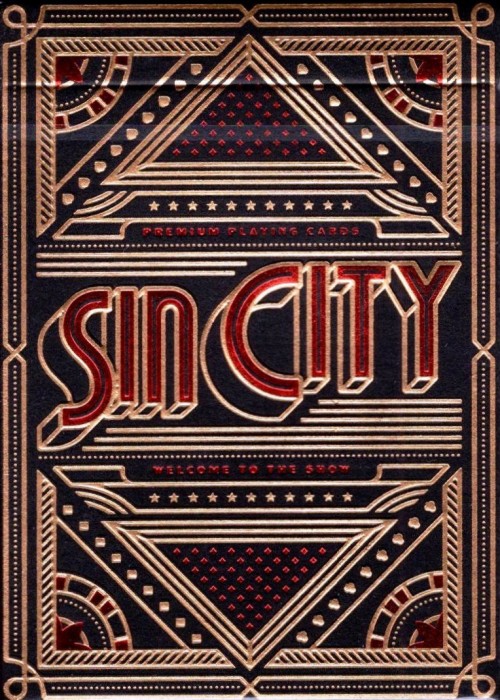 Welcome one, welcome all. To the city that never sleeps, the city of thousands of lights and millions of fates, the place of endless thrill and bottomless pockets, the fabulous Las Vegas. Let us dazzle you by the new deck inspired by its luxurious world. The designer Alba Zapata invites you into the decadent realm of fancy cocktails, smoky rooms, and sultry jazz music. Welcome to Sin City.

The atmosphere of the shiny city that comes alive by night is obvious right from the box. The premium black paper with a matte finish and hot-stamped gold and red foil patterns evoke a starry evening, the perfect time to head out into the streets and let yourself get lost in the whirlwind of bars and casinos.

The front of the box features large red letters saying “Sin City” placed in the middle of a golden diamond, while the back and the sides are completely covered in a symmetrical design, which is repeated throughout the whole deck.

Following the design of the box, the backs of the cards boast a red-and-gold pattern similar to the one from the top of the box, made up of two adjoining roulette wheels lined by diamonds, martini glasses, and other quintessential Las Vegas elements.

The roulette wheels form the number 8, which is a reference to 888, the angel number. The sides of the cards express the main message “welcome to the show”.

Las Vegas is not only a place of endless pleasure but also the melting pot of all kinds of people. The court cards offer a peek through the looking glass into the types of characters you can encounter in Sin City.

There are cowboys ready to ride into the night, magicians prepared to charm you out of your wits, femme fatales singing sweet melodies on the stage, while stern-faced men rub shoulder at the roulette table and smoke cigars.

If you look carefully enough, you might even catch a sight of a contortionist with her snake, or get your fortune foretold by the mysterious prophet sitting in the corner. However, make sure to stay away from the intoxicated gentleman at the bar, he is definitely not good company.

The designer drew these all of these characters in a lovely geometrical style, which surprises with many hidden details. Each of the court cards has an indication of the suit in two corners, each of the shapes filled in with an elegant pattern.

Unlike the rest of the deck, the number cards are designed in a simple way on a white background, which provides a crisp contrast to the busy details of the other cards. While the style is classic, the rendition of the suits is following the overall style of the deck.

Upon close inspection, the red hearts and diamonds, as well as the black clubs and spades reveal intricate details, much like the suits on the court cards.

The ace of spades is proudly dominated by a stylized spade with a lovely red rose detail in the middle. It is encircled by golden leaves, just like the ones that used to make up the crowns of Roman Emperors. At the very top of the card is a golden ribbon with black lettering letting you know, that you have officially entered the Sin City.

The Jokers are very special cards due to their use of the notoriously well-known road sign announcing: “Welcome to fabulous Las Vegas”.

While paying homage to this nostalgic symbol, the designer made sure to give it his/her own twist. In the corners of the cards, you can find a golden dollar sign instead of the usual “Joker”.

So what are you waiting for? Open the golden gate to Sin City. Just be careful not to lose your head as the dice are rolled and the roulette wheel starts turning.